PLANNING Systems Services Ltd started with zero assets, no staff, one project and two partners, both partners came into the practice with proven track records of competence in design, project implementation, administration, contract and cost control and also with energy, integrity, humour and determination.

The practice is now a limited liability company with a team of six Directors, two Associate Directors and three Associates with over 60 staff. 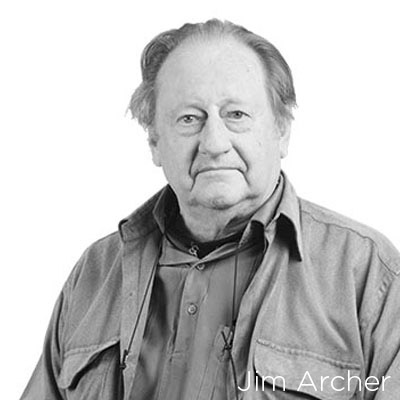 Member, Board of Registration of Architects and Quantity Surveyors (BORAQS), 1975.

Associate of the Royal Institute of British Architects (RIBA), 1961.

Jim was born and educated in Kenya. After graduating from the Oxford School of Architecture, he worked as an architect for a practice in the UK. Jim returned to Nairobi in 1961 as a senior architect. He followed this by managing a leading practice in Uganda, where amongst many valid projects he successfully chaired the Committee that revised the Kampala City Planning and Building Regulations. He then worked again in the UK before returning to Nairobi in the mid-1970s as the Senior Lecturer, Department of Architecture, University of Nairobi. He was later appointed Chairman of the East African Institute’s Board of Education and Senior Examiner in professional practice.

Jim then co-founded PLANNING Systems Services Limited, together with Trevor Andrews, in 1978. Over the years he has spearheaded the receipt by PLANNING of many prestigious awards, including, most recently, the International Property Award in July 2008 and five awards at the Architectural Association of Kenya 40th Anniversary Celebrations in June 2008.

Jim is also known for his invention of the Community Cooker, which is now operating successfully in Laini Saba, Kibera. He is also the author of INTERVENTION 2004 Nairobi City: Regeneration, which he wrote early in 2003, which is now acknowledged as a major contribution in the drive to regenerate Nairobi. Since then Jim has written similar documents on Kampala, Kisumu and Mombasa. 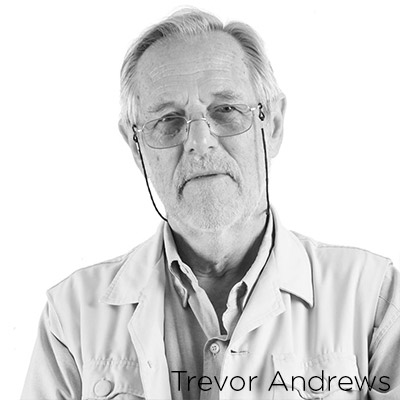 With over 40 years’ experience in the construction industry in East Africa Trevor’s strengths are seeing projects through from design to completion, including post contract coordination and management, often working in the most difficult conditions.

These skills have contributed to PLANNING’s reputation for completing projects on time and on budget. 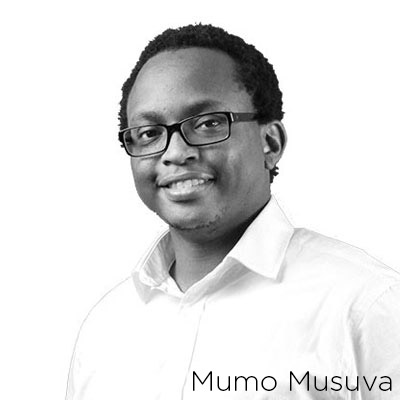 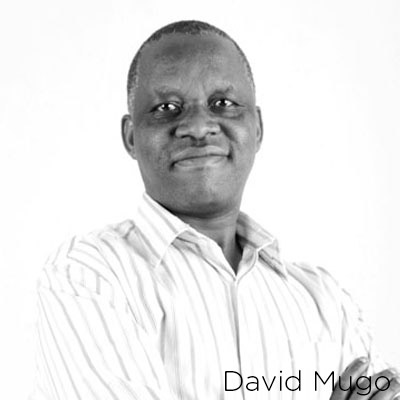 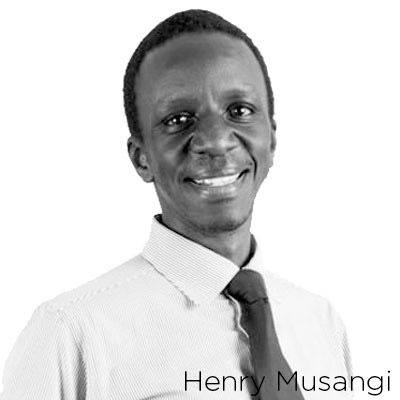 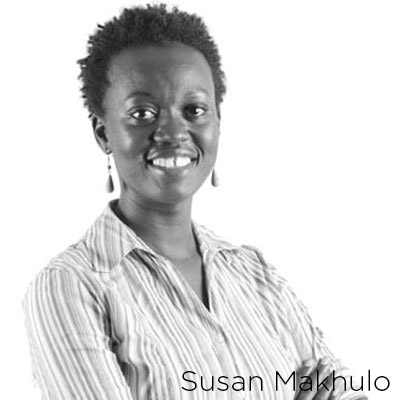 Associate - PLANNING Systems Services Ltd Qualifications/Registration Registered Architect, Board of Registration of Architects and Quantity Surveyors (BORAQS), 2009
Professional Affiliations
Member, Architectural Association of Kenya (AAK), September 2008
Susan undertook her architectural studies at the University of Nairobi in Kenya from the year 2000 to 2006.

After graduating in 2006, she practiced in two other firms in Nairobi before joining PLANNING in June 2010.

Her experiences on a design level have been with all manner of projects including office buildings, hotels and residences and interior design for banks and shops. Construction-wise, she has been involved mostly in residential projects, schools and interior fit-outs mostly for banks.

Susan’s career at PLANNING Systems Services Limited, has been focused on both conceptual design support and detailed design to construction administration for several school and residential projects. She is currently involved in a mixed-use development- residential & hotel- sitting on 42 acres in Kikambala at the Coast of Kenya. The first phase will consist of 16 villas, 53 town houses and 20 apartment blocks, each housing an average of 8 units consisting of a mix of 1-bedroom, 2-bedroom and 3-bedroom apartments. The hotel will be a 4-star establishment with 100 rooms and with conferencing facilities. 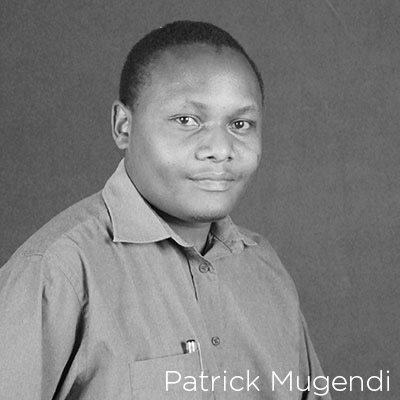 After graduating in 2007, he worked closely with the provincial structural engineer-Eastern, in drafting the structural drawings before later joining Kamuti building and civil contractors where he worked as an assistant foreman for six months before joining PLANNING in August 2008.

His experiences are on design, preparation of council and working drawings, conducting site inspections and meetings. This experience comes from working on all manner of projects including offices, hotels, factory, schools, children home and residences and ‘hands on’ in masonry and carpentry works. Construction-wise, he has been involved mostly in office projects, schools, factory, children home, residences and state properties.Patrick’s career at PLANNING Systems Services Limited, has been focused on both production of working drawings and assisting manage the project during the post contact period so that it’s completed on budget and on time and. He has been involved in a 25 storey KCB headquarters building in upper hill Nairobi, the Nest childrens home at Gigiri Runda, Ellams products ltd along the Mombasa road, Braeburn schools 6th form at Gitanga and Muthangari drive, staff apartments block at garden estate among others. Currently he is working on private residences projects in Nairobi and state properties. Contact Me 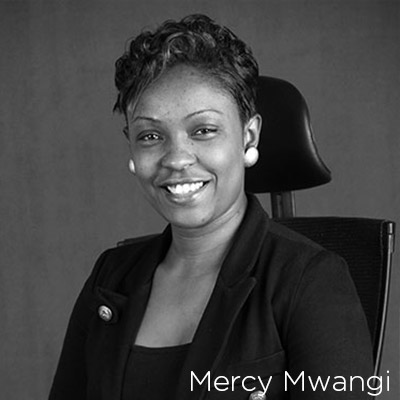 Architect - PLANNING Systems Services Ltd Qualifications/Registration Registered Architect, Board of Registration of Architects and Quantity Surveyors (BORAQS), 2018.(University of Nairobi – First Class Hons).
Professional Affiliations
Member of Architectural Association of Kenya (AAK).
Mercy has varied experience in design work and construction administration. In the short time she has been a graduate architect, under the supervision of experienced architects, she has worked on a number of projects ranging from the transit oriented developments (i.e. gas stations and their shopping complex) in a former work place, residential houses to schools.Mercy worked for public works as an intern for four years dealing with public buildings ranging from schools, police posts, community hospitals and dispensaries.Mercy is currently part of the team running a fast track multi-billion shilling school (The M-PESA Foundation Academy) one of a kind in Kenya’s education sector. Contact Me 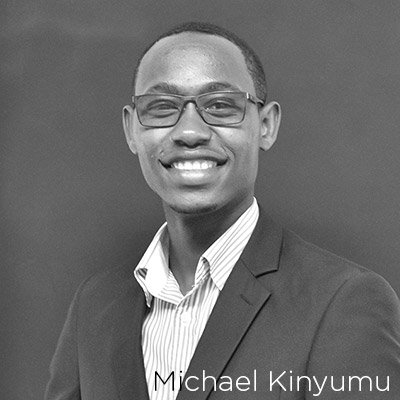 Graduate Architect - PLANNING Systems Services Ltd Qualifications/Registration Bachelor of Architecture: (Jomo Kenyatta University of Agriculture and Technology: Honours)
Michael has recently completed his Bachelor’s Degree in Architecture from the Jomo Kenyatta University of Agriculture and Technology. He has worked in various architectural firms and voluntary programs that have expanded his knowledge and interpersonal skills.Michael has recently joined PLANNING, where he is working in the Planning Sustainability department. His skills lie in design and concept development, project coordination, site inspection and sustainable environmental solutions. Contact Me 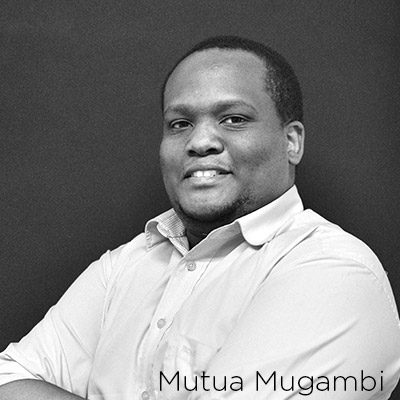 
Mutua works as an Architectural technician predominantly in refurbishments and interior Architecture. He is mostly responsible for document preparation and coordination with other consultants and contractors. Prior to joining PLANNING, he worked as an Architect’s assistant on various commercial and residential projects and specialized in conceptualization, visualization and document preparation for retail and hospitality outlets. 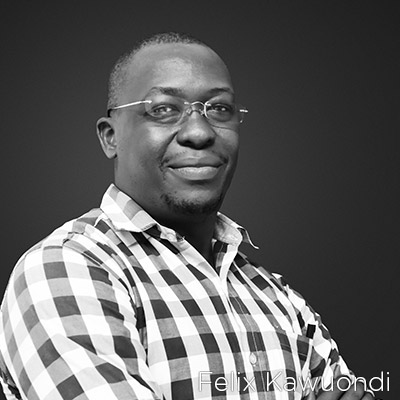 
Felix has practiced in four other Architectural firms for 14 years before joining PLANNING in July 2017.His experiences are on project design, construction document preparation and construction administration. This comes from working on all manner of projects including offices, hotels, hospital, high-rise apartments and luxurious residences.

Felix’s career at PLANNING Systems Services Limited, is focused on both conceptual design support and detailed design to construction administration for Commercial and residential projects. He is currently involved in a mixed-use development- residential & Commercial projects at the Coastal region most of them at advanced design stages and some on going at Construction administration stage. 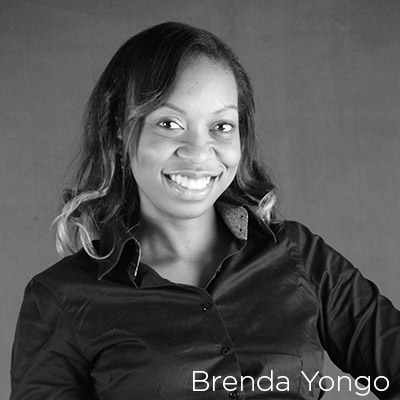 Senior Project Manager - PLANNING Project Management Ltd Qualifications/Registration Bachelor of Civil Engineering, Jomo Kenyatta University of Agriculture and Technology (JKUAT)
Brenda Yongo works as a Senior Project Manager and is responsible for Construction Project Management for various projects at PLANNING. She coordinates with clients, consultants, in house staff, contractors, and public agencies. Brenda is a qualified Civil Engineer from the University of Nairobi. She has worked with various project developers and has hands on experience managing projects through the full cycle, from inception, through design and development to completion. Brenda is currently working with PLANNING Systems Services Limited on several infrastructure including Airmac (JKIA Hotel) and Karen Waterfront. Contact Me